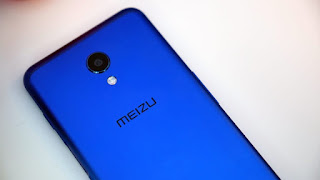 These features can be in Meizu 16, 16 Pro
In the Meizu 16 and 16 Pro smartphones, the company can give 5.6 inch and 6.1-inch display screen. However, this phone will not have a Nokia display.
Meizu 16 will have 3080 mAh battery. At the same time, the company can give 3600 mAh battery in Meizu 16 Pro. The company can offer snapdragon 845 processors in both the smartphones.
Talking about RAM and storage, the phone can be launched in two variants. The phone can come with 6 GB of RAM and 8 GB of RAM. In addition, Meizu 16 can be given 64 GB internal storage and 128 GB of storage. Meizu 16 Pro can have 128 GB and 256 GB of storage. Talking about the camera, both smartphones will come with a dual-lens camera setup. The primary camera will be 12 megapixels. At the same time, the front camera can be 20 megapixels.

Micromax In 1b Go edition phone launch, know the features

21/05/2019
The Chinese smartphone maker OPPO company is gradually making its place in the Realme market. after achieving success in India, Realme has also signed...

Lenovo Z6 Youth Edition Smartphone has been launched, know about it

New feature will be available to iPhone users soon, they will...

Samsung finally introduced its foldable smartphone, these are the features

Lenovo is going to launch a smartphone like the iPhone X,...

Huawei Nova 3i will be available for sale on Amazon today

Micromax In 1b Go edition phone launch, know the features